Mayor Michael Koblenz has been the mayor of East Hills for the past 28 years; he is credited with buying, creating and constructing the Park at East Hills, now a $60 million dollar asset, for only $3.1 million dollars. Mayor Koblenz was a Trustee of Village of East Hills for 4 years before being elected as Mayor, and he served two years as Deputy Mayor. He has kept taxes down with “no new taxes” during the past twelve years. Mayor Koblenz has gained one of the highest Moody ratings for the Village for any village its size in New York State, (Aa1). During his tenure, East Hills obtained one of the state’s strongest reviews for fiscal soundness by Comptroller. He was awarded the “Distinguished Award of Appreciation” by Nassau County Police. As Mayor, the New York Conference of Mayors presented him an award for East Hills being one of the “Best Local Government Achievement” of any village in New York State. While Mayor, East Hills was also named one of nine finalists in New York State Governor’s Quality Communities Awards.During his tenure, East Hills won yet another award for the design of the Park at East Hills as the finest design of the year by the New York State Parks and Recreation Society. Mayor Koblenz created a village run and operated Sanitation Department. He helped set up a recycling program for the environment and create internal security force to protect against crime. Deputy Mayor Manny Zuckerman was elected as a Trustee in 2000 and selected by Mayor Koblenz to be Deputy Mayor in July 2010. Since his election in 2000, Manny has been the Supervising Trustee over Security. In this capacity, he is currently working with the new Security Commission to find ways to further deter and eliminate crime in East Hills. In addition, he is the Supervising Trustee over Emergency Preparedness Measures, and is in charge of Village responses to emergencies. He successfully ensured the installation of a generator to run Village Hall in the case of hurricanes and other area emergencies. As Deputy Mayor, he also approves all Village expenses, along with the Mayor. He oversees the purchase of all major Village acquisitions, including vehicles and heavy equipment. Manny also deals with personnel issues for all Village departments and meets regularly with residents to help them with issues, suggestions and requests for new village laws, procedures and services. He also oversees the Kids in the Park and Senior Activities Committees and represents the Village at all Roslyn Rescue and Highlands Fire Department budget meetings. In addition, Manny is coordinating the first of its kind on Long Island, a Village-wide natural gas program being installed by National Grid.From 1981 to 1990, Manny Zuckerman was the President of the Nob Hill/Lakeville Estates Unified Civic Association. In 1988, he became the Village’s first Security Commissioner. He then served for one year, organizing and setting the Commission and became the Chairman of the Village Planning Board from 1989-1991. In 1992, he returned to the Security Commission, as Commissioner until 1998. 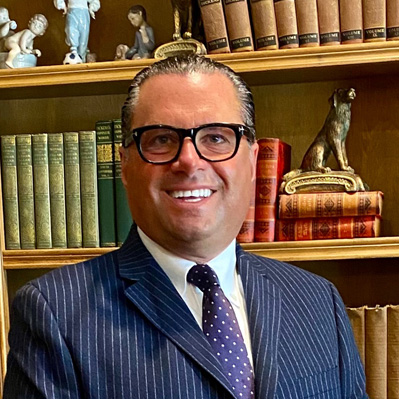 Village Justice Howard Jaslow was the East Hills Acting Justice until 2021. Previously, he was the Village Prosecutor for East Hills from 2006 – 2015.Mr. Jaslow is an attorney at law admitted to practice in the State Bars of New York, Pennsylvania and pending in Connecticut. He is admitted to practice in the United States District Courts for the Northern, Southern, Eastern and Western Districts of New York and the United States Court of Appeals for the 2nd Circuit. He is an active participant in numerous legal, financial and banking industry organizations and a philanthropist supporting local and national charities.