Mayor Michael Koblenz held a Twentieth Anniversary Commemoration of the 911 horrific tragedy on Saturday morning, September 11, 2021 at Arlene Park in the Village of East Hills. The Park is named after Arlene E. Fried who lost her life in the World Trade Center terror attacks. The Mayor told of his personal experiences and his respect and deference for all those who perished on from the heinous attacks. “I visit this park at times during the year to reflect and remember all those who sacrificed and lost their lives.” The Mayor recognized the many public officials who attended and expressed his gratitude for their participation. The elected officials included Charles Lavine, NYS Assemblymember and Chair, NYS Judiciary Committee; Wayne Wink, TNH Town Clerk; Charles Berman, TNH Receiver of Taxes; Peter Zuckerman, THH Councilman, East Hills resident, and former member of the East Hills Board of Trustees; and Elaine Phillips, former NYS Senator and former Mayor of Flower Hill. The Mayor thanked the members of the Nassau County Police Department, the Roslyn Highlands Fire Department, and Rescue Hook and Ladder Fire Department for participating en masse, and for their great public service. Mayor Koblenz also recognized members of the East Hills Board of Trustees for attending, including Deputy Mayor Manny Zuckerman, and East Hills Trustees Clara Pomerantz, Brian Meyerson and Stacey Siegel. 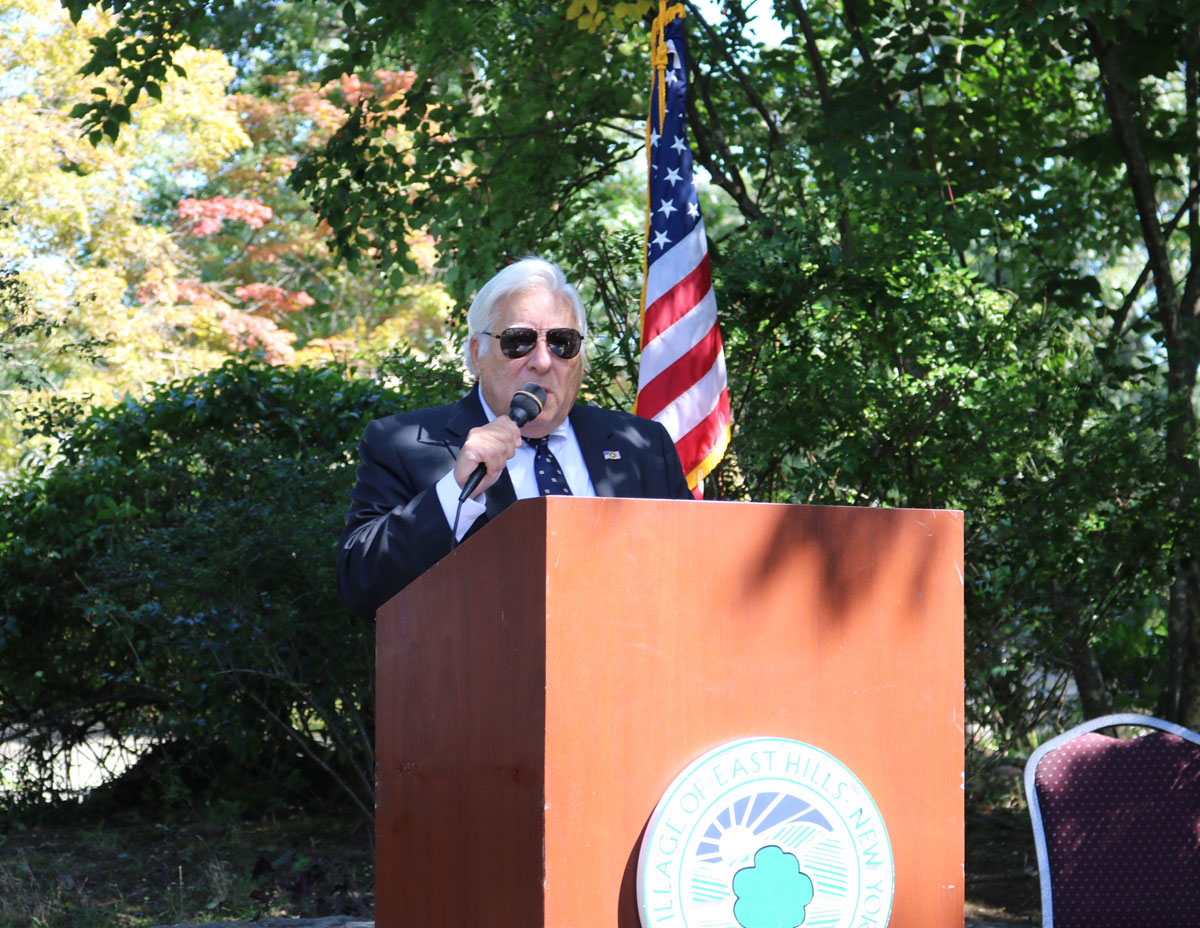 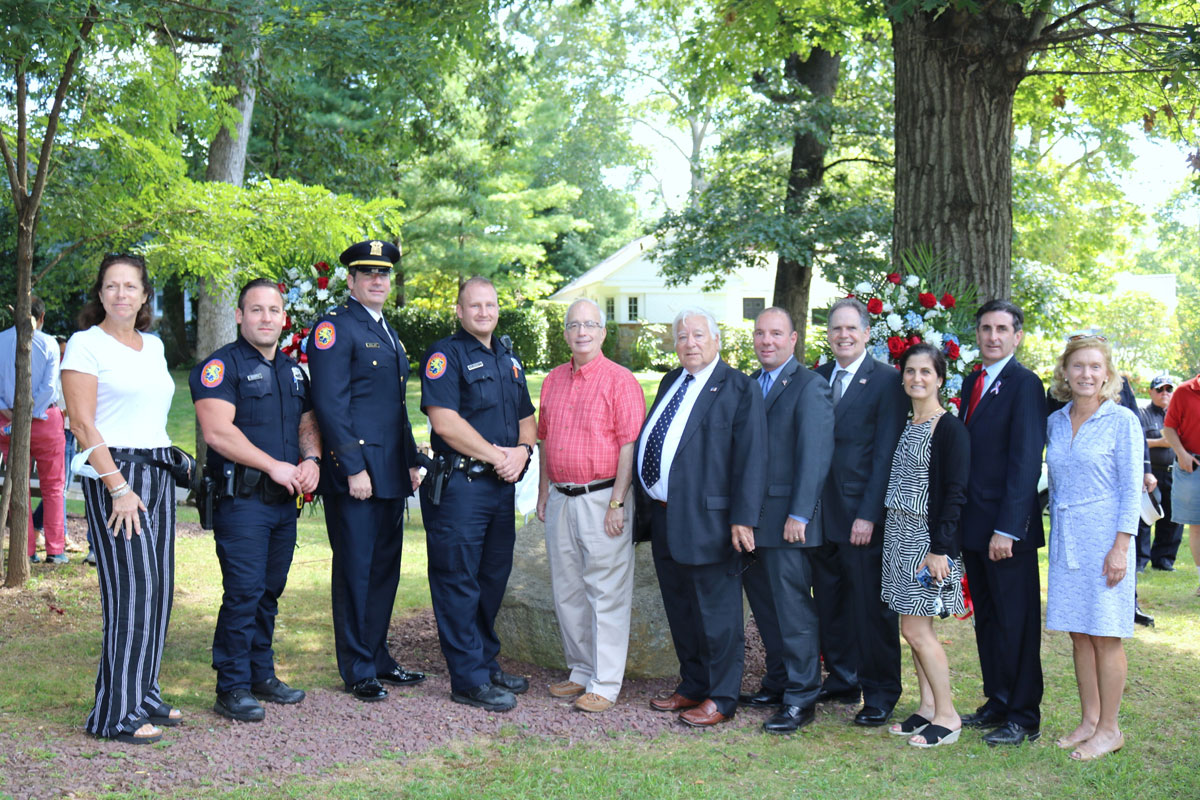 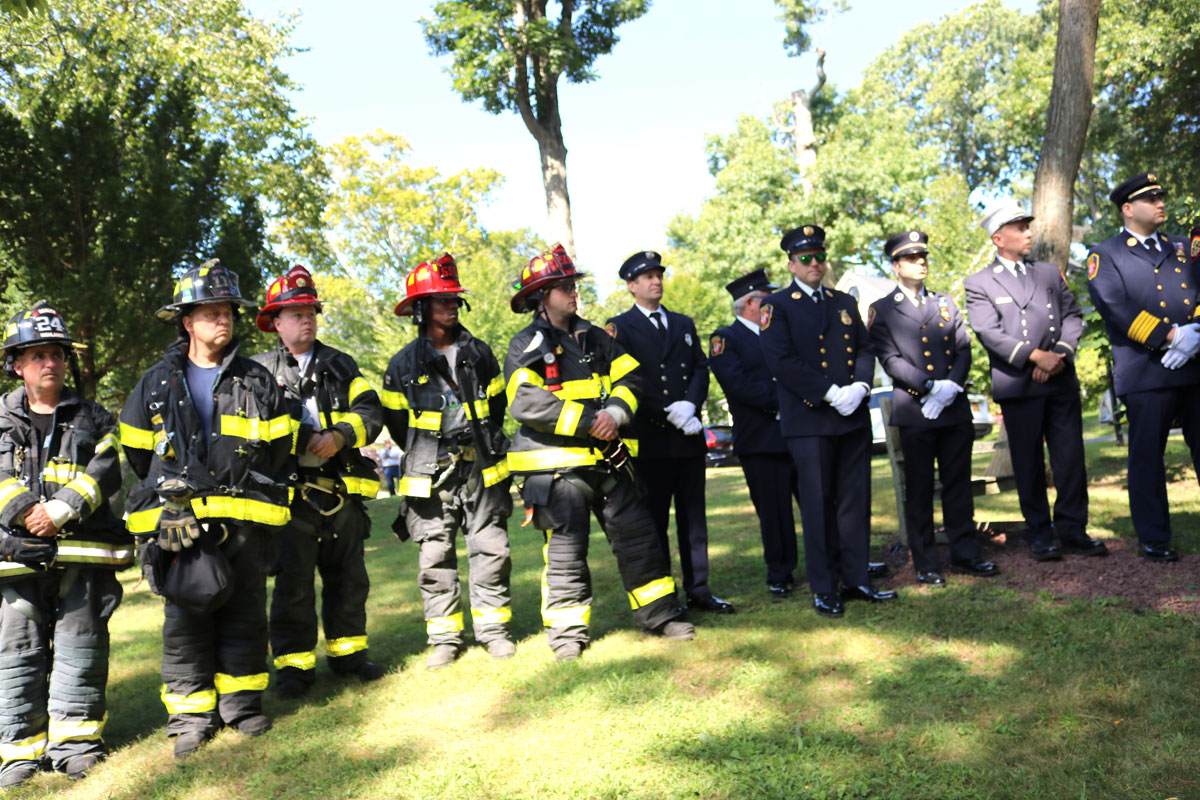 Members of the NCPD and Fire Departments joined in the commemoration 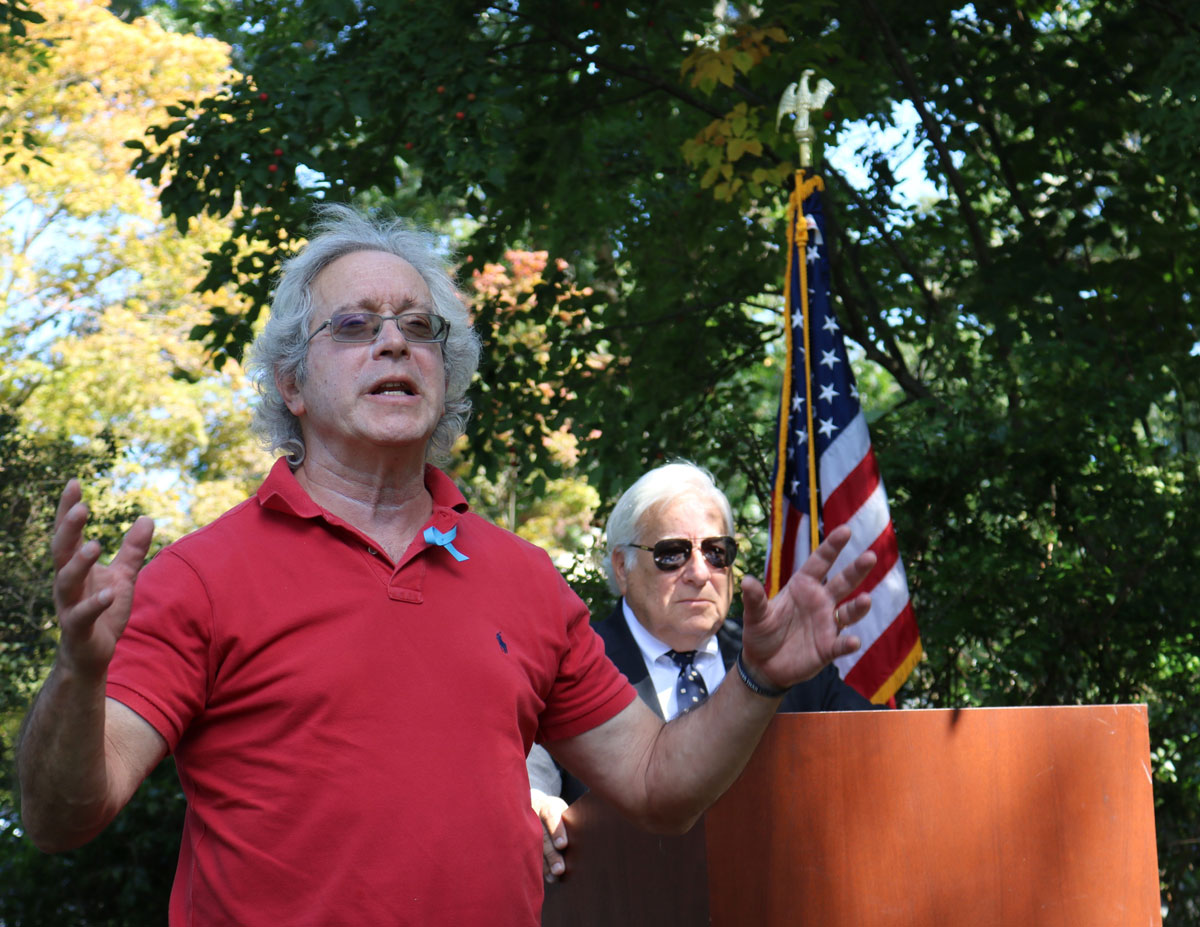 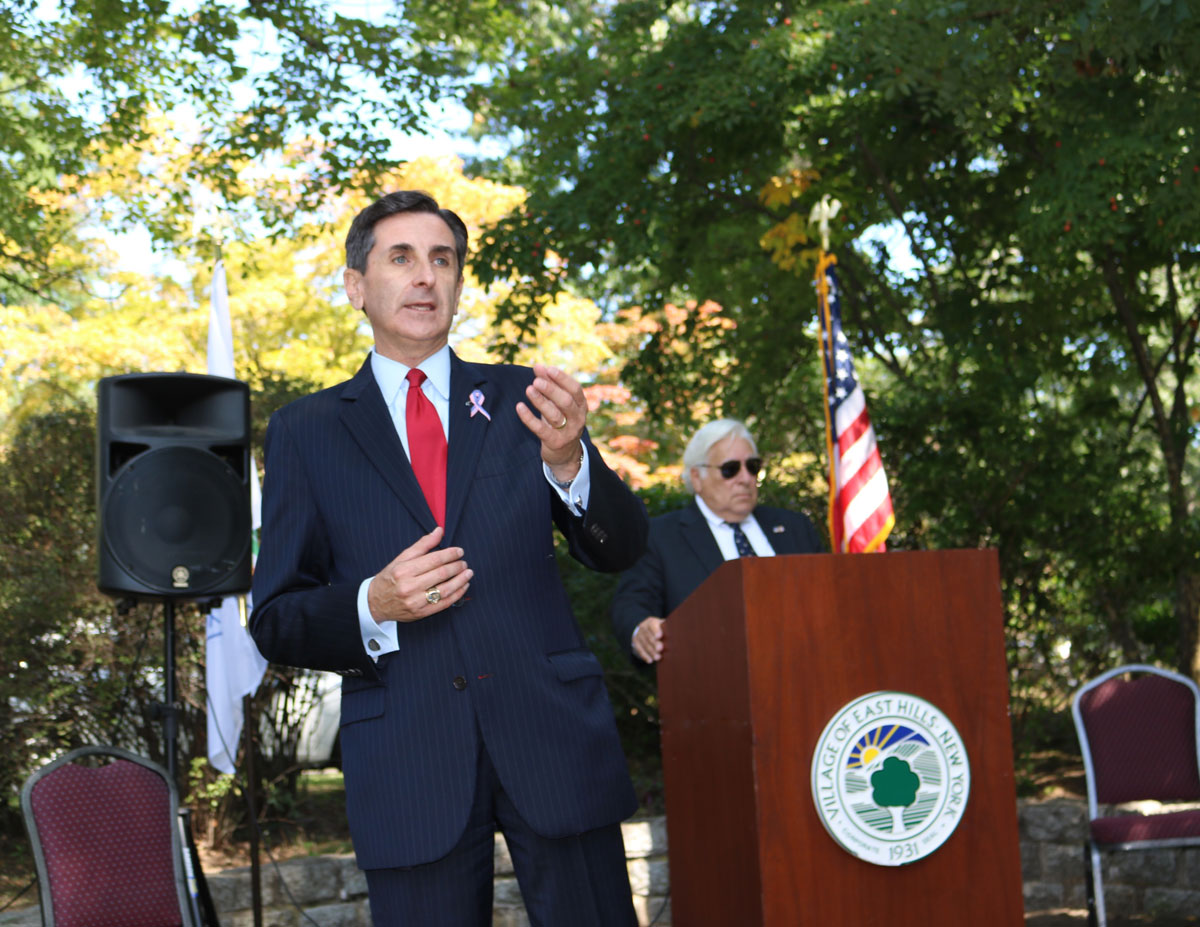 Wayne Wink, Town Clerk addresses the audience of over 150 residents and family members of Arlene Fried, lost on that dreadful day. 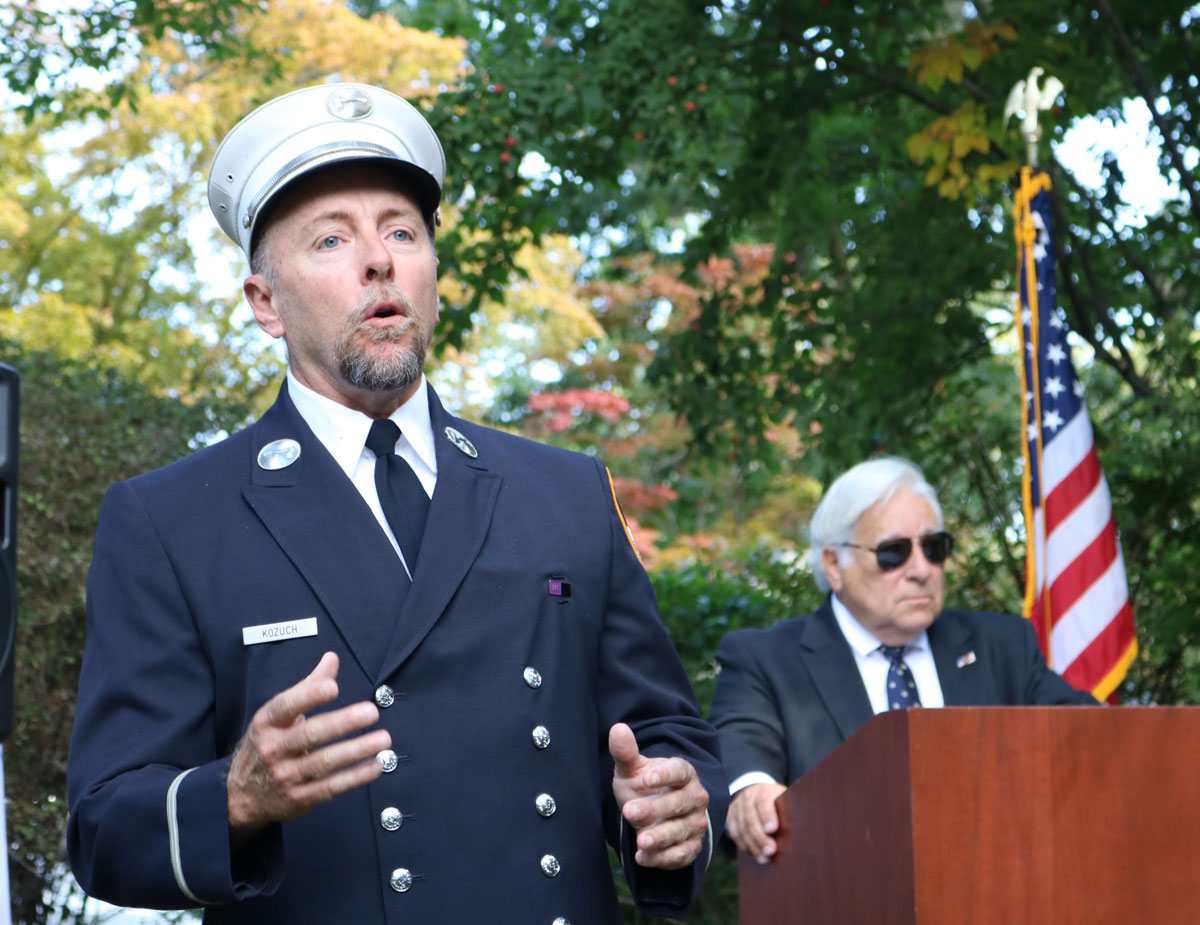 Jeff Kozuch, Chaplin, Roslyn Rescue Hook & Ladder, speaks of the memories of those who perished. 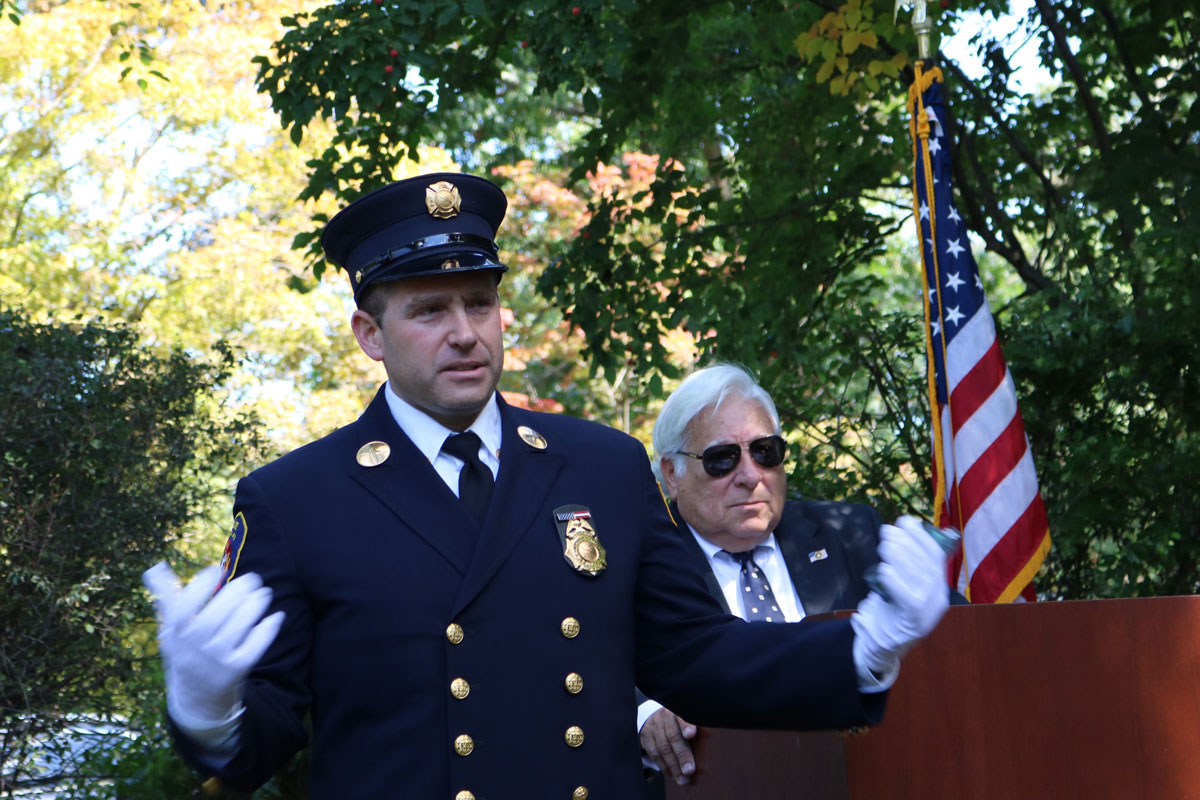 Brett Auerbach, Secretary of Roslyn Rescue Hook & Ladder, speaks about the importance of 911. 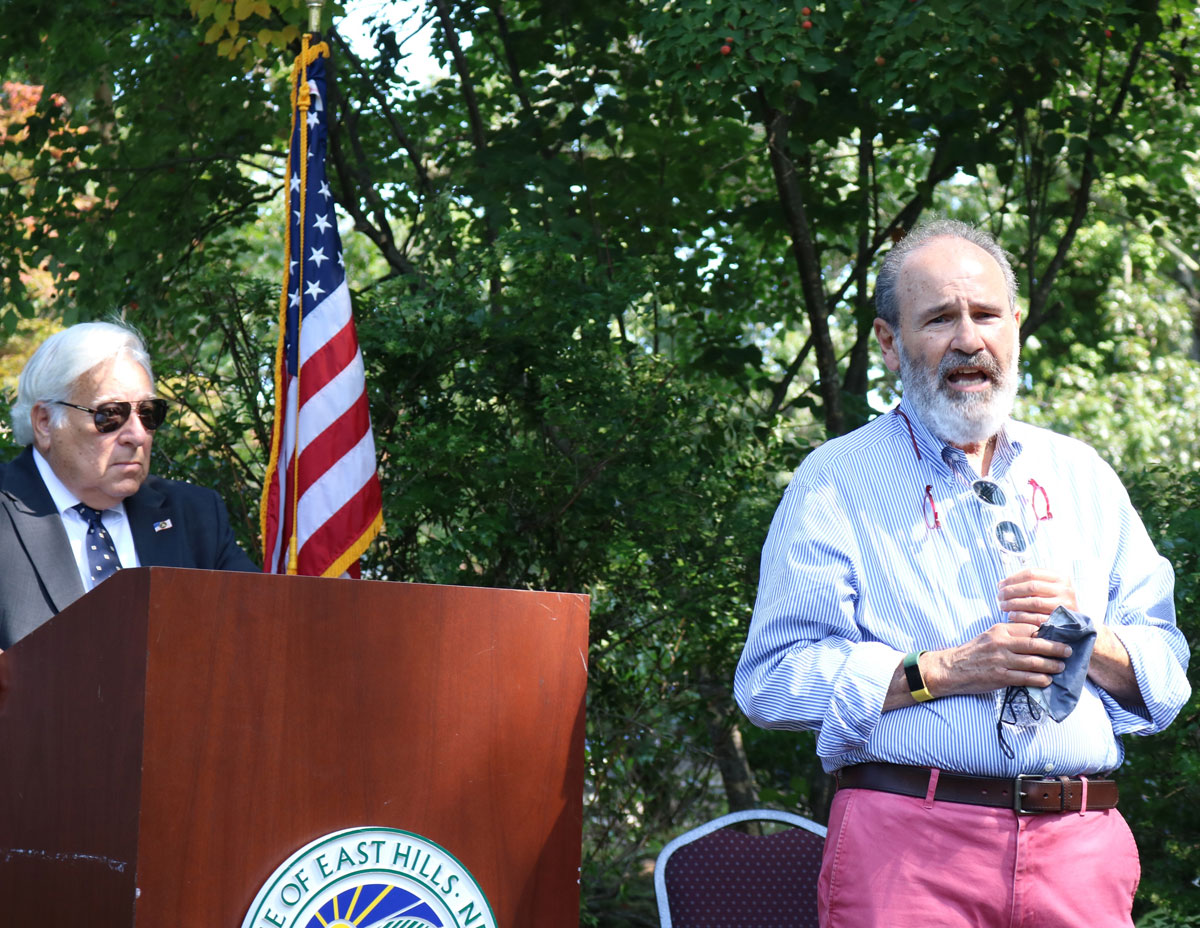 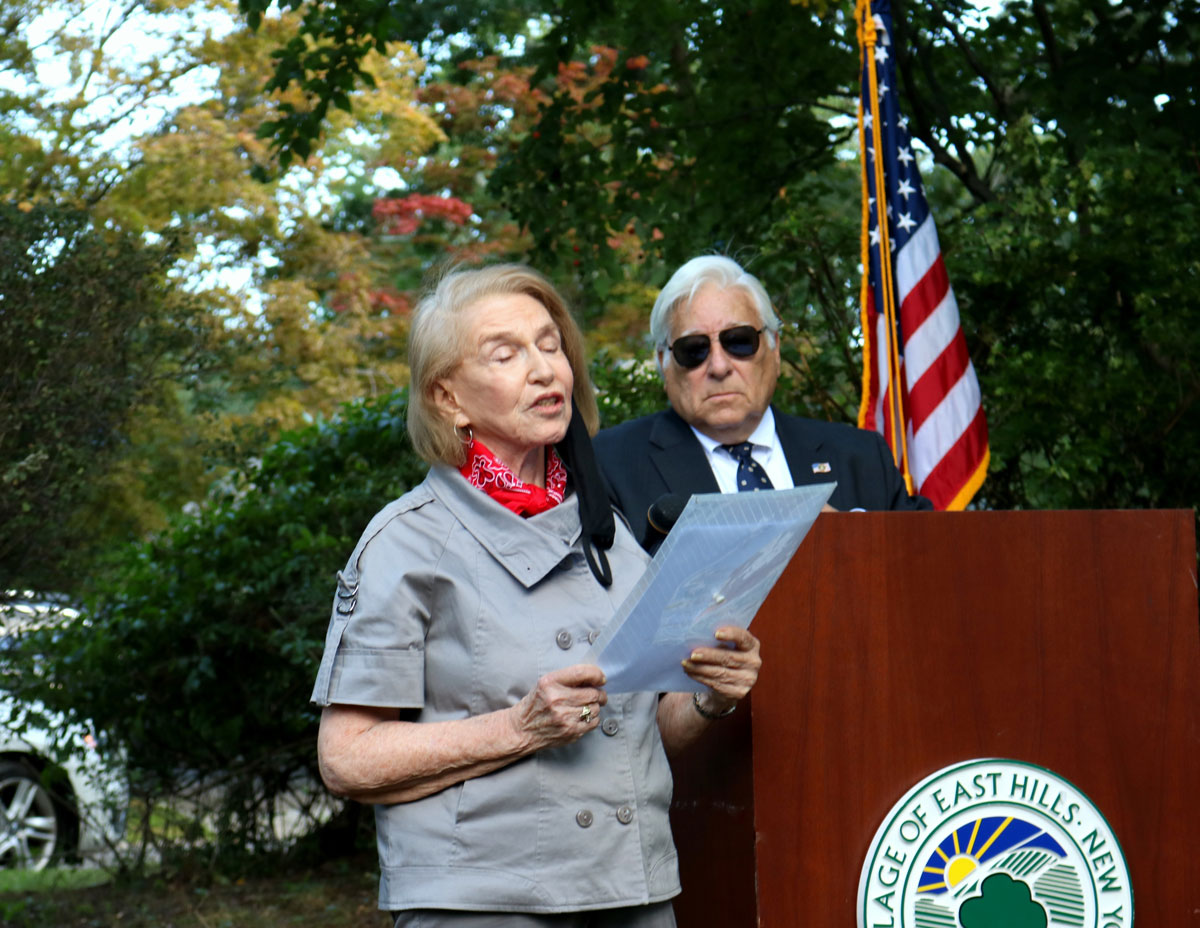 Resident speaks on her experience as a school teacher with a victim of the 911 Tragedy.